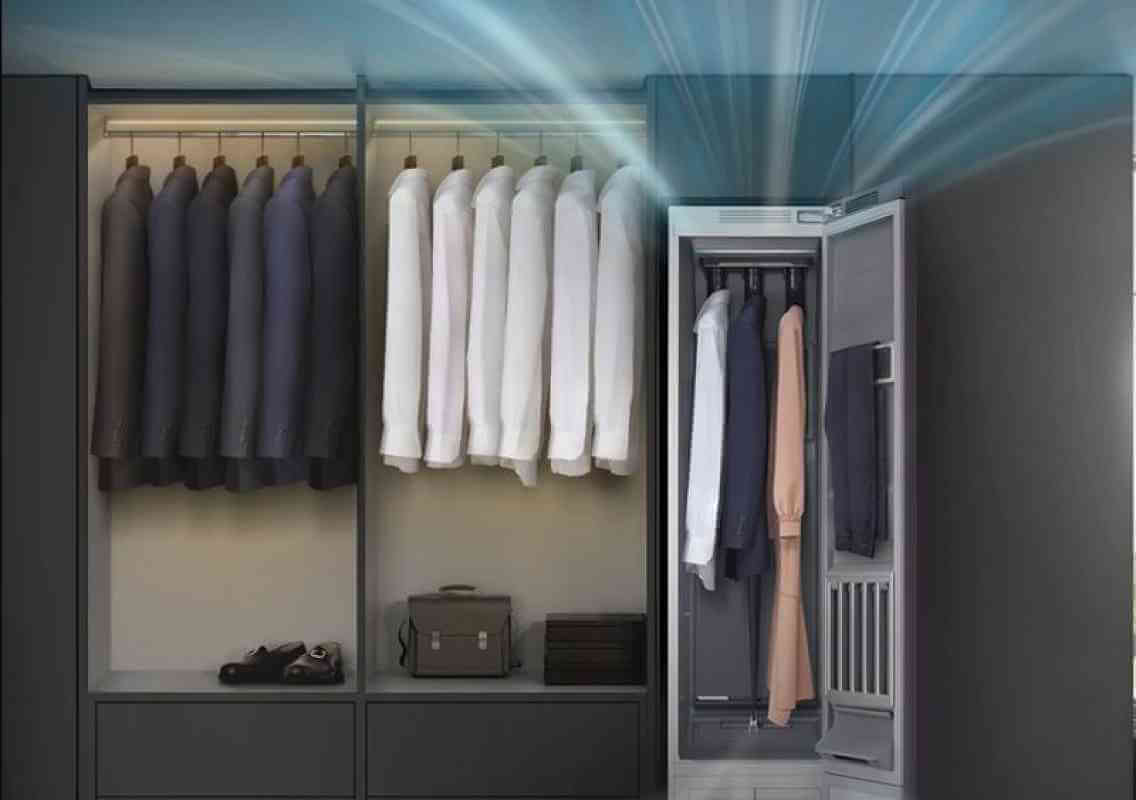 In the wake of the corona pandemic and its effect on dry cleaning businesses, Samsung has delivered to the U.S. an ingenious method of cleaning your clothes through its smart closet designated the name "AirDresser," which is available for purchase on Samsung.com. Initially revealed in 2018 and made available in Europe early this year, this home device serves as a new method of refreshing clothes.

Comparable to the now discontinued, lower-end Whirlpool Swash Home Drying Appliances and the LG Styler, the concept involves hanging one's dress pants, sweaters, shirts, or delicates inside each of these gadgets, each of which then cleans them using a steaming or heating processes.

Designed to resemble a sleek and narrow wardrobe, it has a touch screen panel to the front and a Samsung Jet Air System within it that applies an effective combination of air and steam flow to expel odors and dust, relax gentle wrinkles and refresh clothes, beddings, outerwear or even children's soft toys. What distinguishes it from the rest of the competition is that it contains The Air Hangers, which are devised to have a hollow center that allows steam and heat to treat foul-smelling garments, both from the inside and the outside.

Being Wi-Fi ready, this gadget also works with the smart home platform provided by Samsung, the SmartThings mobile app. Along with a subtle touch screen panel that allows for cycle selection and for turning the clothes steamer off or on directly from the device, further options in settings customization are made possible using the SmartThings app. These are such as informing the application the different clothing types being planned to be put in it, from sport coats to sweaters, with the app informing the user if it is advisable to share the same cycle for the various fabrics the user might intend on putting in the AirDresser since different fabrics require different degrees of heat.

Launching from April with a price tag of $1049 (or AU$2040 or £1,070), the AirDresser is much higher priced compared to the $500 Swash that was released in 2014, but relatively less priced compared to the 2014-released LG'S Styler, that went for $1999, to which it is most similar in design and its target consumer. The Airdresser has a high temperature Sanitizing cycle whose purpose is to eradicate dust mites and common bacteria.

The AirDresser is most appealing to affluent business persons and their demand to wear fine clothing that is often a chore to iron, steam or dry clean regularly. Therefore, the idea that Airdresser is situated within the home alongside one's clothes is highly convenient, as opposed to at the cleaners or the laundry room. It requires minimal space to install and doesn't require any separate water line.

We are designers, cabinet makers, and storage solution professionals. We have been providing custom closet storage and garage cabinet storage solutions for decades. PLC Closets is located in Naples so this blog will also include Naples and Florida related information as well. If you like the blog drop us a comment on the posts we always appreciate feedback and try to respond regularly.

Links, Admin and Other Stuff